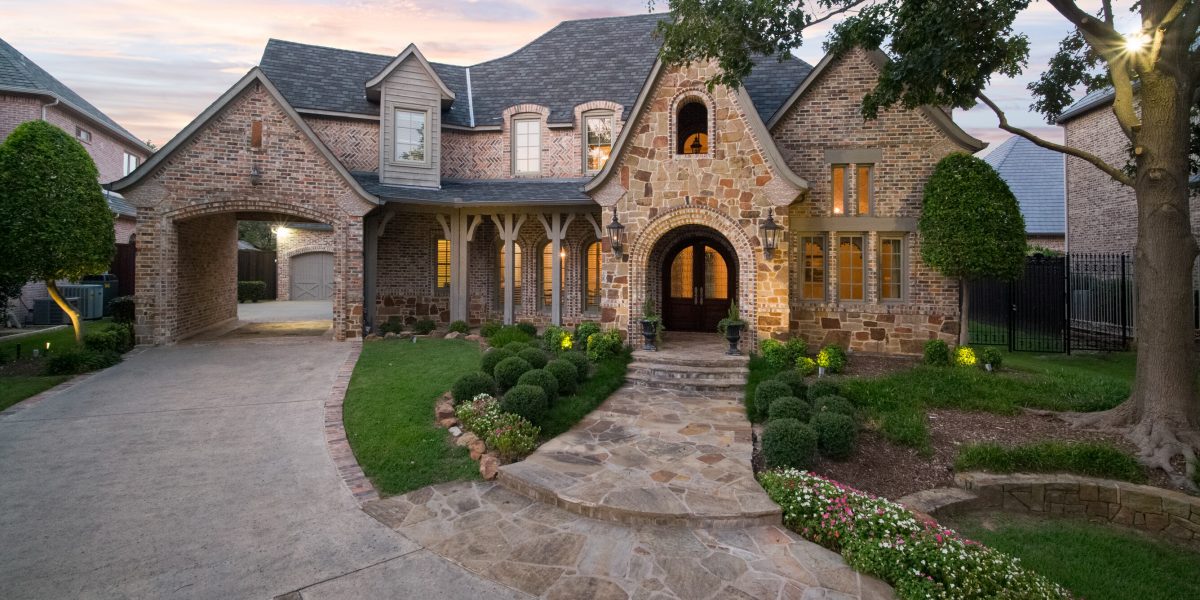 When you’re looking for a home to buy, it can help you in your search if you’re familiar with the different architecture styles popular in your area — and which one(s) would be ideal for your needs. Here, your primer on the nine top types of homes you’ll find across North Texas, their origins and what makes them so unique. (Don’t miss our online guide, with nearby homes for sale in the various styles, at briggsfreeman.com/architecture.)

The Colonial architecture style can refer to a mix of home styles favored by 17th- and 18th-century settlers to the United States, but most often refers to the Georgian Colonial (i.e. British) style, now found throughout North Texas. These elegant homes are usually easy to spot, thanks to their defining symmetry. They’re built in a simple, rectangular shape, with the front door in the middle, an equal number of windows on either side of the door, and typically two chimneys. They are most often two stories: a ground floor and an upper level. Think the Home Alone house or the kind of simple house you would draw as a child.

Contemporary architecture refers to the style of the moment, an ultra-modern movement that doesn’t have any strict defining characteristics but instead builds on post-Industrial Revolution modernism to create unique and striking homes of the day. Contemporary architecture often bends the rules of Traditional architecture, incorporating such features as curved lines and asymmetry into the home’s exterior and often using recycled materials and natural elements. Inside a Contemporary home, you can expect an open-plan design and spaces created to accommodate modern lifestyles, with integrated state-of-the-art technology, USB sockets and more. Contemporary homes are perfect for forward-thinking and eco-conscious North Texas residents.

Craftsman architecture is the natural successor to Victorian architecture, which was often quite fussy. By contrast, Craftsman homes — which popped up in the U.S. at the turn of the century — are marked by a much simpler design. These houses are made using local materials, feature lots of horizontal lines and are often painted in a mix of subtle colors, such as olive green or pale yellow. Craftsman homes typically feature low-pitched roofs with wide eaves and triangular bracketing; a dominant chimney; and porches with thick square or round columns atop tall or wide bases. Exposed beams are common, too, outside on porches and inside in rooms, which typically also feature built-in wooden elements such as furniture, light fixtures and shelves.

As you may have deduced from its name, French-style architecture in the United States is so named because it is reminiscent of houses you’ll find in France. Such houses are common in Louisiana, which is famous for its French influences, but you’ll find it around the U.S. as well — including in North Texas. French Provincial architecture is especially popular in American suburbs, and hails from the French countryside. These American houses were often built in the 1920s, when architects and soldiers who had served in World War I returned from their time in France, with fresh inspiration. French-style houses are usually made from stone, brick or stucco — or all three — and are usually symmetrical, with pointy slate-shingled roofs. Inside, they are typically simple and feature natural materials such as wood and iron.

Another style with a rather intuitive name, Mediterranean architecture refers to houses built around the late 1800s to early 1900s with influences from Spanish and Italian buildings. You might associate this style of the house more with the coasts of California and Florida, but you’ll also find beautiful examples of them in North Texas. The façades of Mediterranean houses typically feature a mix of brick and stucco, topped off with a tiled roof. You’ll often see arched windows and wooden or wrought iron balconies on these homes, as well. Inside, these homes lend themselves well to minimalist décor, since they are typically vibrantly accented with multicolored tiles, wrought-iron railings and detailed moldings.

Midcentury Modern architecture, which was wildly popular between the 1950s and ’70s, takes inspiration from the sleek Bauhaus and International styles but injects them with a more natural and playful feel thanks to wood elements, bright colors and geometric accents. Clean lines characterize this style, and often incorporate floor-to-ceiling windows and open floor plans. Midcentury Modern houses are famously designed to blur the lines between inside and outside, making their residents feel at one with nature — thanks not only to walls of glass and large glazed doors that slide away but also to the continuation of the same materials outside as inside, especially flooring. (Think slate, terrazzo or travertine.)

Perhaps the most American of the North Texas architecture styles, Ranch homes distinguishes themselves thanks to their one-story layout, whether linear, L-shaped or U-shaped. These are often large homes, but long and low rather than towering. Ranch-style homes first became popular in the 1920s, especially in the hotter parts of the country, as their layout also helps the home stay cool. Ranch houses usually open up onto the backyard or outside space — which is the main focus of the home — and feature large picture windows where you can admire the view.

Traditional architecture isn’t just one thing. Instead, it refers to a willingness by the architects to anchor themselves in local traditional styles when creating a brand-new home. Traditional homes will typically be built in a similar style to the older homes in the neighborhood, to preserve a sense of harmony and connection to the past. Traditional houses are common in North Texas and feature brick, stucco or wood exteriors, as well as gabled roofs and high chimneys. Inside, Traditional homes often include open archways, French doors, fireplaces, parquet or plank floors and detailed ceilings, crown moldings and baseboards.

Tudor architecture takes its inspiration from late medieval English architecture. Tudor houses are very distinctive, thanks to their gables decorated with half-timbering, so that they appear, in a word, striped. In the U.S., these homes were typically built between the 1890s and 1950s. On the inside, Tudor houses can feel warmer than other traditional styles, thanks to the continuation inside of stucco, timbers and carved and paneled doors, making them perfect as a solid yet cozy place in which to nest. 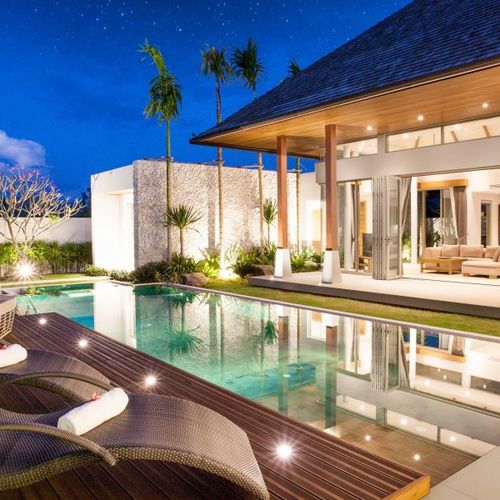 Architecture 101: The difference between Contemporary and Modern homes

From Colonial to Craftsman, you’ll discover probably dozens of architectural styles in any given region. While some of those styles are familiar even to those…